The second largest state in the US, Texas – aka the “Lone Star State” – features a wealth of natural assets and cultural attractions.
Geographically, and in maps listing, its south-central location offers a variety of scenery,
from desert areas and cave systems to mountains, canyons, and beautiful coastal scenery along the Gulf of Mexico. 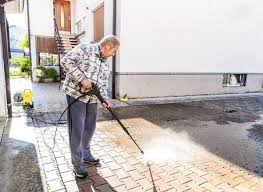 Its world-class cities are also very attractive and full of tourist attractions.
Highlights include San Antonio’s incredible River Walk (not to mention the famous Alamo); Dallas galleries and museums
Fort Worth and Houston; the State Capitol in Austin; and the Space Center in Houston.
Texas is also one of the most multicultural countries, and Spanish influence is especially evident thanks to its status as a former Spanish colony.

The Alamo is one of America’s most important historic sites.
Part of a mission station founded in 1718, built by the Franciscans in 1744 and 1836,
has been turned into a fortress.
It rose to prominence during the Texan War of Independence after a small force held its own against a heavily superior Mexican army of about 3,000 strong.

It was from the sixth floor of the Texas School Book Depository in Dallas that the fatal shot that took the life of President John F. Kennedy was fired.
Now home to the Sixth Floor Museum, this tall red brick building offers a detailed account of the assassination, as well as the Kennedy legacy.

Just 30 minutes drive from the heart of Houston, the Space Center is not only one of the most popular tourist attractions in the state,
This is a fascinating insight into the operation of the world’s largest space program, with many exhibits,
showings of films, models, artifacts related to astronauts, and samples of moon rock on display at the Visitors Center.
Other highlights include objects collected during the Mercury, Gemini, and Apollo space programs,
as well as the opportunity to dress up as an astronaut, experience a space simulator, and see a real rocket.