The Development of AI in Human Life 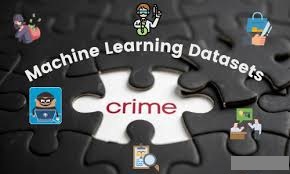 The emergence of the concept of artificial intelligence was first discovered after World War II by a young mathematician and philosopher named Alan Turing in 1947. Alan Turing thought that if humans can process information and solve problems and make decisions from that information, then machines can also do it. Reporting from Science in the News, from this logical framework Alan Turing made a paper in 1950 about how to build intelligent machines and how to test their intelligence. Since then, artificial intelligence has grown rapidly until now. Currently computers have used artificial intelligence based on logic programming. Where the computer can process the stimulation given by humans into an expert-based decision. For example, software that can recognize human voices and perform commands according to the given voice. There is also a computer program created for playing chess and called IBM’s Deep Blue. The great thing is that IBM’s Deep Blue beat world chess champion gary Kasparov in 1997. Artificial intelligence continues to evolve with the goal of creating intelligence similar to humans.

For example a robot developed by Cynthia Breazeal named Kismet. Kismet can recognize and display emotions like humans. Not only about robots, artificial intelligence also covers machine automation systems such as cars with auto pilot capabilities or self-driving.